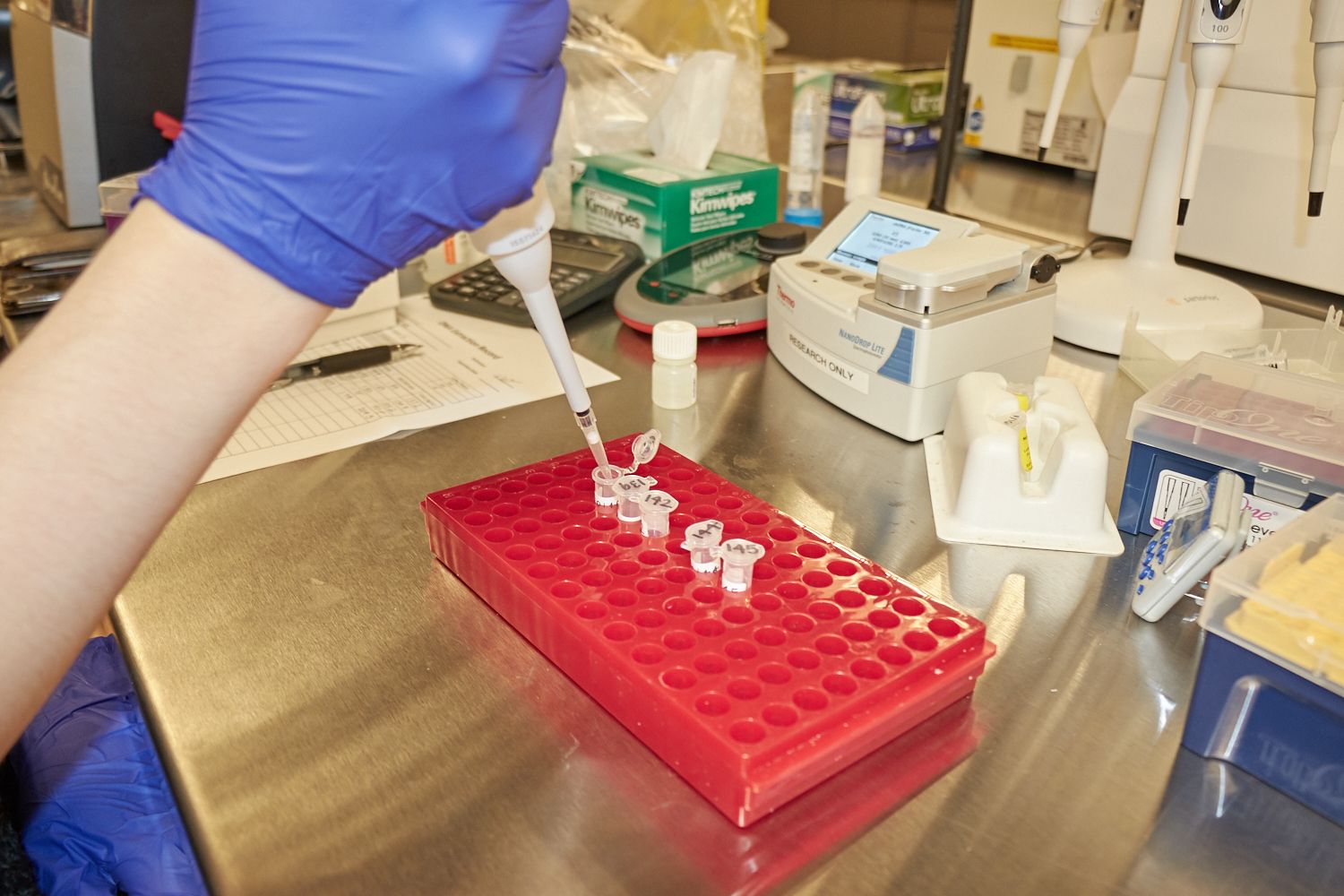 For Atlas Genomics, the Quality of the Test and the Speed of the Result are Critical

“With potentially more contagious COVID variants seemingly on the rise, the ability to rapidly detect is more important than ever.”

That’s how President Chris Destro responded when asked how Atlas Genomics, a Seattle-area CLIA-certified high complexity molecular diagnostics laboratory, was able to detect the United Kingdom coronavirus variant, a variant that the U.S. Centers for Disease Control and Prevention believes to be significantly more transmissible than others, and according to a recent British study, one that may also be more deadly. The variant, the first of its kind found in King County, was detected with a PCR (polymerase chain reaction) test and later confirmed with RNA sequencing by the University of Washington Department of Laboratory Medicine and Pathology.

“There are a lot of COVID tests out there, and now with this variant and others, the quality of the test is critical,” said Destro, who along with Medical Director Dr. Michael H. Kalnoski and General Manager Rob Rovig, leads a team of skilled and committed laboratorians that have transitioned Atlas from a pre-pandemic laboratory geared toward women’s health into a fast-growing infectious disease laboratory built on technology and innovation.

Atlas used a three-target assay to identify the UK variant, also known as B.1.1.7, and Atlas staff members were alerted about a result signature linked to the variant back in December of 2020. Sure enough, that signature popped in a test sample processed on January 22.

According to Dr. Kalnoski, the UK variant has a small deletion in its genome, which causes the S gene, one of the assay targets responsible for making the spike protein, to not be detected by a COVID PCR test. “If the S gene “drops out” and the other two targets are positive, it doesn’t mean 100 percent that it’s the UK variant, but it certainly is suggestive,” he said.

For Atlas, the ability to detect the UK variant with a PCR test is good news because it means patients and public health officials can be notified about the potential mutation in a matter of hours. Sequencing, however, is still required to confirm the suspected variant, but obtaining PCR results expeditiously is helpful.

“Speed is critical when you’re dealing with a variant shown to be more contagious,” said Rovig. “If our test can pick it up with PCR, then we’ll know well within 24 hours of its suspected presence.”

To confirm the presence of the UK variant, Atlas sent the January 22 sample to the University of Washington. The variant was confirmed as B.1.1.7 one week later.

For future cases, Atlas plans to do the RNA sequencing in-house, making it possible to get a variant confirmed in as little as two-to-three days.

“We’ve completed validations, and we’re ready to start running more samples on our sequencers,” said Dr. Kalnoski, who noted that in addition to B.1.1.7, sequencing will also enable Atlas to confirm other variants that may not be detected by PCR, like the variants from South Africa (B.1.351) and Brazil (P.1).

Dr. Kalnoski said bringing RNA sequencing to Atlas was the plan from the very beginning.

“We considered it right away,” he said while noting that sequencing is the gold standard and that all suspected variants should be confirmed this way. “Just thinking ahead, we wanted to be in a position to sequence the virus if we found a subset of patients getting more sick, and our sequencing capabilities will also benefit COVID research through our partnerships with leading local research centers.”

Going back to the B.1.1.7 variant, the fact that Atlas can detect the variant with a PCR test should help bolster public confidence, and lab officials hope it will slow the rapid spread of this particular strain, one that’s predicted to soon become the dominant strain in the U.S., and lead to more testing.

“We’re in a lull right now in terms of testing but unfortunately, the virus hasn’t slowed down at all,” said Rovig. “I know people are fatigued, but across the board, we’re not seeing as much testing as there was before, and that’s probably going to lead to further issues, especially when people are pushing for more and more things to be open.”

Rovig said the information gained through testing remains critical, even as the public’s attention has shifted away from testing and toward vaccines.

“Unfortunately, we’re not close to the end. Everyone wants it to be over, but the average person isn’t getting vaccinated until late spring or early summer. There also is still a lot of conflicting information on how the vaccines will perform against these variants,” he said.

“That’s the million-dollar question,” said Dr. Kalnoski. “Viruses are smart in some ways. It’s Darwinism at its finest. They’re going to get around a vaccine eventually. There’s selective pressure on them, and they’re going to find a way.”

Rovig encouraged the public to remain diligent and protect themselves. He said the vaccines are part of the solution, along with testing, avoiding crowds, and wearing a mask.

“In Washington state, and specifically, in the Seattle metro area, there are robust and free testing programs that more citizens should be taking advantage of,” he said. “There are numerous places to drive to for a free test without an appointment.”

Dr. Kalnoski agreed that now is not the time to pump the brakes.

“I still think we need to proceed with caution,” he said. “Our labs all have their second vaccinations, but we haven’t changed anything that we’ve been doing here at all. The same safety protocols remain in place.”

For Destro, Dr. Kalnoski, and Rovig, it’s been quite a year. Back on January 21, 2020, a resident from their state was the first person with a confirmed case of COVID-19 in the U.S. Now, almost exactly one year later, they’ve come full circle with the detection of the UK variant.

But, as one challenging year moves into the next, the hard-working team at Atlas Genomics hasn’t become complacent. Instead, they’ve done just the opposite while investing in new technologies to improve efficiencies, boost capacity, and better serve their community.

The LigoLab LIS & RCM Operating Platform was one of those investments, brought on by Atlas Genomics in the fall of 2020 to serve as a comprehensive enterprise-grade solution and the laboratory’s information system backbone. The LigoLab integrated platform removes bottlenecks and leverages custom rules and automation to improve processes and remove errors.

“It’s streamlined our processes and made us more efficient,” said Dr. Kalnoski when asked about the partnership.

Atlas is also one of dozens of laboratories across the country using TestDirectly, a web-based patient engagement portal developed by LigoLab that improves turnaround times and connects the laboratory directly with the patient for test results. With TestDirectly, the patient and public health officials were both automatically alerted in real-time about the suspected UK variant within 24 hours of the specimen arriving at the laboratory, and that speedy turnaround enabled the patient to immediately begin to quarantine and mitigate disease spread.

For Destro, LigoLab has provided Atlas with a responsive development team and customized solutions.

“We have a partnership with the Washington State Department of Corrections to regularly test both employees and offenders, and Tony Oganesian (LigoLab CTO) and his team came up with an enhancement that created more efficiencies,” said Destro. “They inserted one step in the workflow while also reducing a couple of other steps at the lab level.”

“With their help, we were able to replace thousands of printed paper requisitions with a barcoding system and pre-generated labels,” continued Destro. “Now samples can be submitted in a much easier fashion and when the samples hit our door, they go straight to PCR processing.”

For Atlas Genomics and the DOC, the partnership has resulted in more efficiency and fewer headaches for the lab and the customer, while also supporting the lab’s mission to provide the highest quality of testing, service, and technology with a focus on patient outcomes.

TestDirectly is a web-based patient engagement portal that works seamlessly with any Laboratory Information System (LIS) and Electronic Health Record (EHR) and billing software to replace paper requisitions and the need for manual order entry with a streamlined electronic workflow that boosts testing capacity and improves turnaround times. The portal supports a case and a specimen throughout the testing journey, including patient self-registration and scheduling, specimen collection, laboratory processing, report delivery, and billing operations.

LigoLab is a leading provider of innovative end-to-end healthcare software for laboratories, servicing 100+ facilities nationwide. As a comprehensive enterprise-grade solution, the LigoLab LIS & RCM Laboratory Operating Platform™ includes modules for AP, CP, MDx, RCM, and Direct-to-Consumer, all on one integrated platform that supports the entire lifecycle of all cases, enabling laboratories to differentiate themselves in the marketplace, scale their operations, and become more profitable. 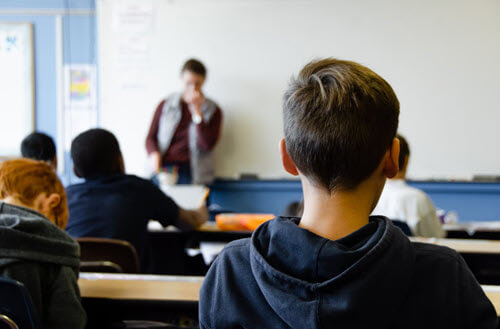 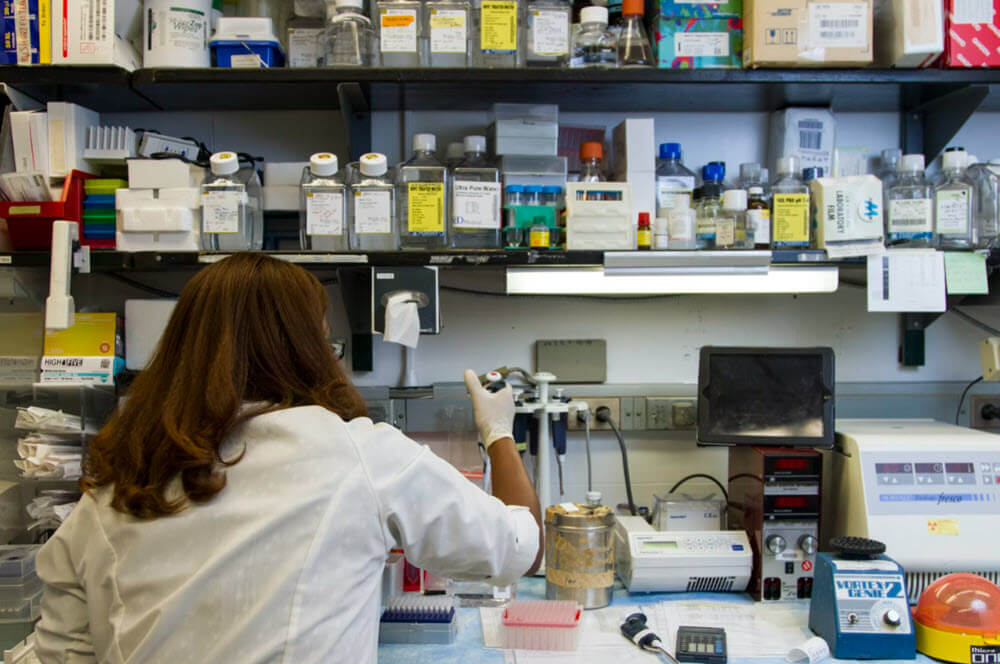 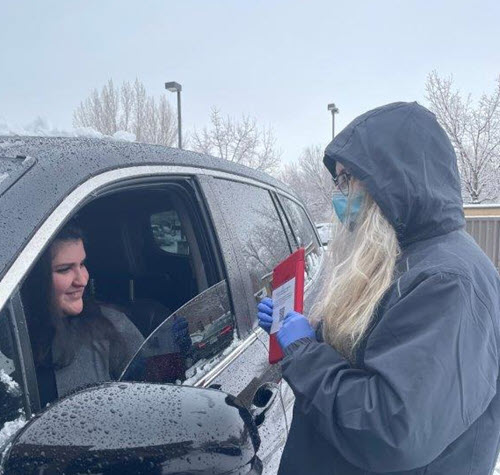